In the presence of Andry Rajoelina, President of the Republic of Madagascar, H.H. Lt. General Sheikh Saif bin Zayed Al Nahyan, Deputy Prime Minister and Minister of the Interior, inaugurated the Digital Economy Conference and Exhibition, Seamless Middle East 2022, which was held at the Convention and Exhibition Centre in Dubai and under the auspices of the Arab League and Terrapinn International. 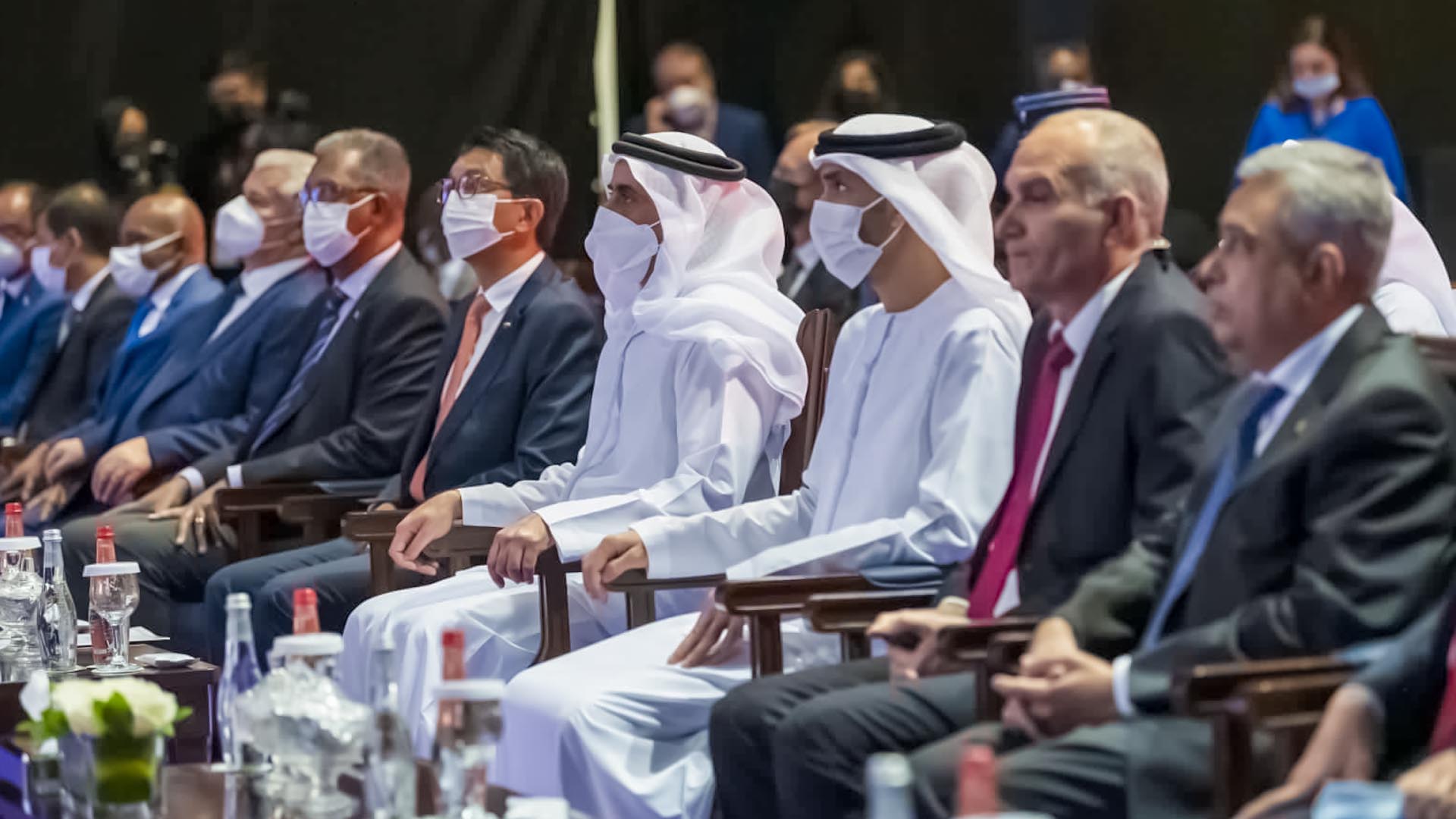 The conference comes as part of the Arab vision for the digital economy, which was announced in Abu Dhabi in December 2018. It also comes with the generous support and patronage of President His Highness Sheikh Mohamed bin Zayed Al Nahyan. There are also a number of international institutions and organizations such as Harvard University and experts from the UN and the World Bank.

Sheikh Saif attended the opening ceremony of the conference, and witnessed the launch of the Arab Digital Economy Index 2022, the first Arab index to measure the development of digital economy practices across the Arab region. The new index followed two older versions of the index in 2018 and 2020.

The opening ceremony was attended by Dr. Thani bin Ahmed Al Zeyoudi, Minister of State for Foreign Trade. He was joined by a number of regional and international ministers and officials. Accompanied by the President of Madagascar, Sheikh Saif toured the exhibition held alongside Seamless Middle East 2022. Both officials were briefed on the latest technology presented at the event.