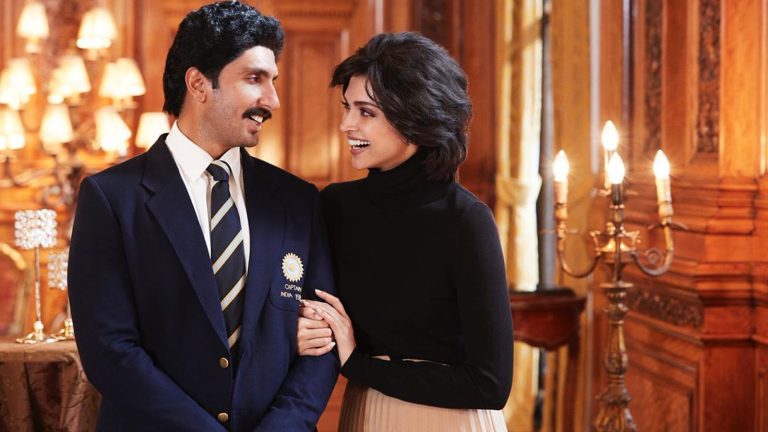 Ranveer Singh Starrer mega budget, much awaited film released last weekend across 3300 screens all over India. The Film had huge expectations and with the Christmas holidays, it presented huge opportunities for a mammoth collection but the film has failed miserably. It was waiting for theatrical release for close to two years since the pandemic started and the film has been uniformly rejected by audience across India.

The Kabir Khan directed Ranveer-Deepika starrer 83 is set to become one of the biggest flops of all time in the history of Indian cinema on par with box office bombs such as Aamir Khan’ Thugs of Hindostan (2018) and Shahrukh Khan’s Zero (2018). It opened below par and managed only  INR 12.64 crore net on day one which was way below par. The film needed to attract the masses and score all over India in order to fulfil expectations of the huge business considering the mega budget but it also faced stiff competition from Spider-Man: No Way Home and Pushpa as both the films remained rock solid during their second week at the box office.

The film continued its below par performance on Saturday considering it was the national holiday of Christmas across India. On Monday the film’s collections dropped significantly by around 40 percent further from Friday and should collect as low as INR 7.29 crore net. With a collection of INR 60.99 crore net in five days, the film is headed for a massive debacle at the box office.
All the preview, media hype, fake reviews praising the lead cast and director and propaganda failed to bring in audiences. Hopes of the Bollywood film industry were pinned on 83 as it was a big-budget biographical sports drama starring a young star with a fair amount of box office pull. The movie opened below expectations on December 24 and the much-needed growth was missing over its opening weekend despite a big holiday in Christmas and the figures now confirm the film is a disaster at the box office.
The film’s failure has sent shockwaves across Bollywood as the PR industry is in overdrive trying to pin the blame on the Omicron variant of COVID-19 and the fear amongst the audience to visit a theatre, however, this theory is ludicrous as Hollywood film Spider-Man: No Way Home which was released earlier is a super hit as is Allu Arjun’s Puhspa which has crossed the INR 50 crore mark despite the total lack of promotional gimmicks and hype.
Cricket fans across India are majorly disappointed as one of the country’s biggest cricketing achievements that became indelible in the minds of the nation has not been transformed into cinematic brilliance. Commenting on the movie, cine goer and cricket buff Sudhir Inamdar from Pune said, “A brilliant story based on real life was wasted on a film like this, it lacked in several departments and Ranveer simply did not have the charisma to play a larger than life Kapil Dev.”
Another cricket fan and an avid moviegoer Samarth Shah from Ahmedabad said, “Ranveer Singh tries very hard to ape Kapil Dev in appearance with his fake toothy smile and trying to copy the English accent of a small town boy, but he lacks the nuance displayed by the late Sushant Singh when he essayed the role of Dhoni in MS Dhoni: The Untold Story, he is woefully out of his wits and no wonder the audience is disappointed and the film has failed so miserably.”