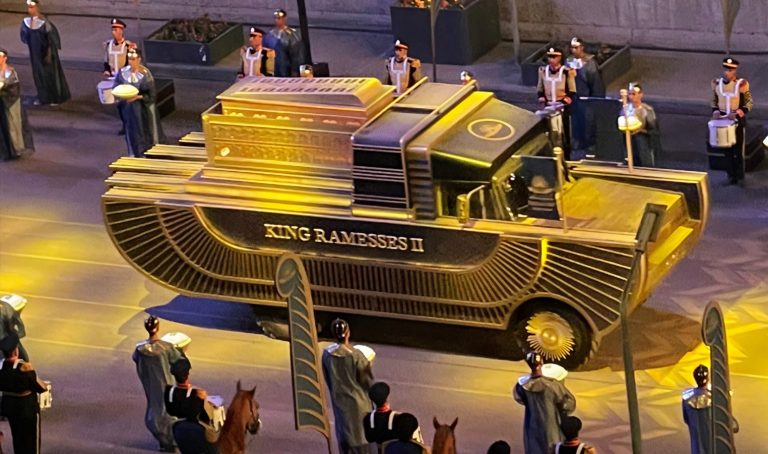 Twenty-two pharaoh mummies walked the streets of Cairo on Saturday evening in a stunning royal procession from the Egyptian Museum on Tahrir Square to the new National Museum of Egyptian Civilization (NMEC) in Fustat. The event marked the official launch of NMEC. Against the backdrop of fireworks, the mummies – 18 kings and four queens – travelled in order of age on purpose-built gold-colored pharaonic chariots, equipped with an air ride suspension system to absorb vibrations, and bearing the name of their occupants in Arabic, English, and hieroglyphics. 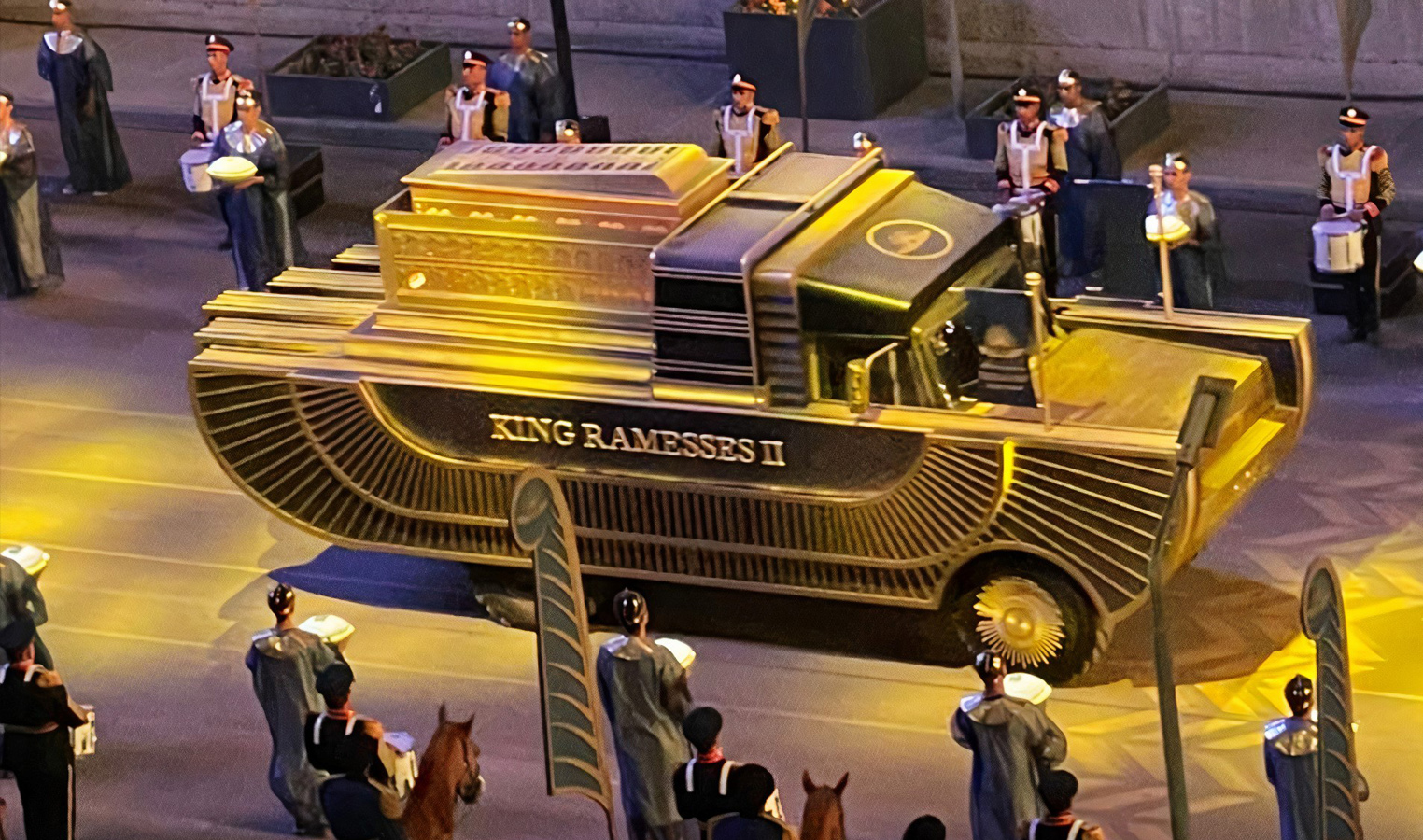 Seqenenre Tao II, who reigned over Upper Egypt around 1,600 BCE, led the parade, while Ramses IX, who ruled in the 12th century BCE, brought up the rear. In line with strict international standards for the transport of artifacts, the royal remains were placed in state-of-the-art sterile display cases to guarantee their immaculate preservation. Accompanying the Pharaoh mummies were 60 motorcycles, 150 horses, and a pharaonic music ensemble conducted by renowned Egyptian maestro Nader Abbassi.

Befitting the greatness of the ancient rulers, the procession commenced with a 21-gun salute, circled the obelisk at the nearby Tahrir Square, and then proceeded along the Nile to NMEC, where Egyptian President Abdel Fattah El-Sisi personally welcomed the pharaohs to their new permanent home in Fustat, the National Museum of Egyptian Civilization. The 40-minute parade drew the participation of 12 Egyptian celebrities and was broadcast by 200+ TV channels from around the world.
The priceless artifacts will spend the next two weeks in NMEC’s laboratory, where they will be prepared for installation inside their new showcases at the Royal Mummies Hall, modeled on the Valley of the Kings – the area that houses their original tombs. The exhibits will provide detailed information on the historical background of the royals, along with CT scans and elaborate DNA analysis. The Royal Mummies Hall will open to visitors on April 18, coinciding with World Heritage Day.
To promote its launch, NMEC offers a 50 percent discount on entry ticket prices to the Central Exhibition Hall for all visitors from April 4 to 17. In addition, representatives of local and international media have the opportunity to photograph and film the artifacts inside the Central Exhibition Hall for free on April 4 and 5. Overlooking Ain Al Sira in the heart of the historical city of Fustat near the Babylon Fortress, NMEC is one of the largest and most important archeology museums in the world, and the first to span the entirety of the Egyptian civilization.